Engaging in illegal conduct in order to maximize profits is unfortunately something that modern companies and organizations often do. The main way that these companies are kept in check is through their employees. A Whistleblower is someone who notices the elicit conduct and comes forward in order to hold the organization performing the wrongdoing accountable. In these cases, the whistleblower needs to ensure that they go about it in the correct way by ensuring that they receive the protections that they are provided under law.

The first step in stopping an organization you are a part of is for you to reach out to a lawyer that you trust. Finding the right attorney is a crucial step in making sure that you have the guidance and means to both bring the wrongdoing organization to justice, and to make sure that you are taken care of.

There are multiple types of whistleblower cases that we at Justice Law mainly deal with, including but not limited to Qui Tam cases, SEC cases, IRS cases, and Medical Care Fraud cases. In a Qui Tam case, a whistleblower notices an instance of wrongdoing where an organization is defrauding or stealing from a governmental entity. In a SEC case, the whistleblower reports and provides information on a public corporation’s wrongdoings and elicit activities (often times related to increasing stock prices or defrauding the public). IRS whistleblower cases involve reporting illegal tax activities or fraud to the IRS. This can relate to both individuals and corporations (including “non-profit” organizations). Medical Care Fraud is when a whistleblower comes forward with information that a medical provider or providers are defrauding either private insurance companies or public health care through Medicare or Medicaid.

The most important part of the process of blowing the whistle is making sure that you are fully protected and that you receive the maximum compensation available.  Because this area is complex, qualified legal representation is essential.  If you notice any elicit or illegal activity being done by an organization, your first step should always be to get into contact with an attorney that you trust so that you receive the guidance and advice needed to blow the whistle safely and effectively. Justice Law is available to assist you through this process and to confidentially answer any questions you may have. 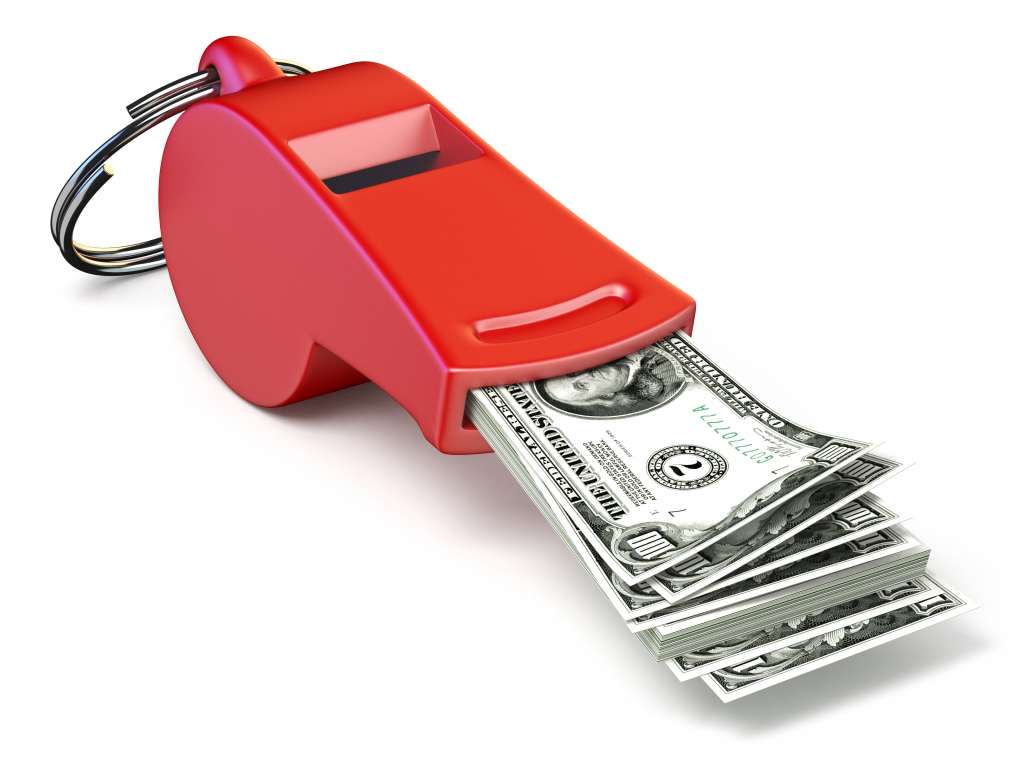 Round Up Weed Killer Settlement 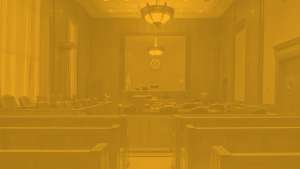 A 10 billion dollar settlement has been created for the victims of Roundup Weed killer.

Roundup weed killer is a widely used herbicide .  Roundup and its key ingredient, glyphosate, have been linked to several types of cancer, including non-Hodgkin’s lymphoma (NHL), b-cell lymphoma and leukemia.

If you have one of these conditions and you were exposed to Roundup you should call us right away. We will review your case at no cost to you.

Metal on Metal Hip Implants
12/23/2020
Metal on Metal Hip Implants
If you have had a metal-on-metal hip implant, many of these devices are failing before their expected replacement date. The result of premature failing can include: revision and multiple revision surgeries; pain; loss of mobility; infection; and even death. You may be able to collect for the damages including: medical bills, lost wages, and pain and suffering.
Metal-on-metal hips are comprised of a metal ball and a metal cup that slide against each other during walking or running which can cause the release of metal particles. Metal can also be released from other parts of the implant where components connect. Some of these particles can enter the bloodstream causing damage throughout the body. People react differently to metal particles in the body and there is no way to know how they will respond ahead of time.
Justice Law has extensive experience representing metal-metal-hip victims against hip manufacturers. We would be happy to speak to you and review your medical records to determine if we can assist you. If you do have a case, we can obtain money for pain and suffering, lost wages and other damages. In these cases you are not suing your doctor, just the company who made the medical device.
There is a limited time frame to act on these cases, so please do not wait to contact us. 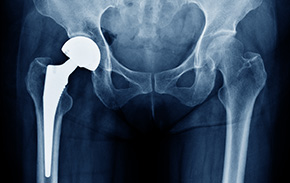 Medical Malpractice - What is it and do I have a case?

Medical Malpractice – what is it and do I have a case?

Medical Malpractice occurs when a health care provider fails to do something, or does something that “deviates from the standard of care”, which results in serious harm or death. Simply having a bad result from a medical procedure is not enough to pursue a case for Malpractice.
Florida has a 2 year statute of limitations for bringing a case for Medical Malpractice and there are strict timelines and statutory requirements that must be completed to pursue these cases. Determining when the statute of limitations begins to run requires a detailed analysis of the facts surrounding a loss.
Because Medical Malpractice is so complex and specialized, it takes extensive resources and expertise to successfully pursue these cases. Justice Law has successfully prosecuted complex Medical Malpractice cases for over twenty years. From the moment we are contacted, Justice Law puts our qualified and experienced team of legal and medical experts to work to ensure that if you have a case, you receive the maximum compensation. Our proven track record speaks for its self.
Call us immediately at (954)-515-5656 if you believe you or a loved one is the victim of Malpractice.
Defective Product - Johnson & Johnson Talcum Powder 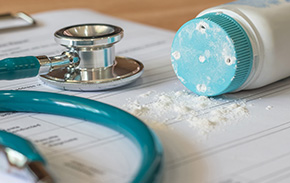 Johnson and Johnson knew for years that some Talcum (Baby Power) products were contaminated with Asbestos. This dangerous substance is known to cause cancer. Johnson & Johnson has been ordered to pay out billions of dollars over this cancer-causing product.
In 2018, a St. Louis jury ordered them to pay out 4.7 billion dollars to 22 women and their families who claimed the powder caused ovarian cancer.
Another woman who accused the company of causing her mesothelioma was awarded 29 million dollars.
There is no guarantee your award will be the same as every case is different. You owe it to yourself to consult with us at no cost to you if you have:
Call us immediately at (954)-515-5656 if you believe you or a loved one suffered cancer as a result of Talcum powder.  As these cases have statutes of limitation which may time bar your claim, don’t wait.
Takata Airbag Recall

Last month we finally saw the industry respond to the tragedy that occurred due to the horrifying design flaws that the Bankrupt Japanese Company Takata, including 18 deaths, and more than 400 injuries. Takata, a now bankrupt Japanese airbag manufacturer sold faulty products, including an issue with the inflator that, Instead of protecting passengers in the case of a crash, they often spray shrapnel throughout the passenger cell of the vehicle, leading many to be left blind, and worse off than the accident usually would have left them.

Last month, ford announced a recall of 2.7 million motor vehicles in the United States and Canada after their petition to the National Highway Traffic Safety Administration was denied. This is following the NHTSA denying GM’s petition, costing them an estimated 1.2 Billion dollars. This recall is going to affect 2006 – 2012 models of the ford edge, ranger, fusion, Lincoln MKX and MKZ, the Mercury Milan, and 2007-2009 Mazda B-series Pickup Trucks. If you drive one of the recalled vehicles please do not hesitate to get the airbags replaced, as your safety could be in jeopardy!

Takata Airbags have caused the world’s largest automotive recall in history due to their dangerous flaws our hearts go out to those affected and would be happy to try and help any and all persons who were injured due to Takata, and the automotive industry’s negligence. 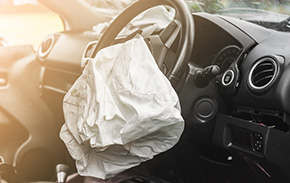 Why We Write Articles:

At Justice Law, our mission is not only to fight for each and every one of our clients, it is also to educate the public about cases that might affect them.  Through the Civil Justice systems, the United States has a playing field where the small can right wrongs committed by the wealthy and powerful.  As the great Clarence Darrow said “As long as the world shall last there will be wrongs, and if no man objected and no man rebelled, those wrongs would last forever.”

By providing accessible and accurate information in the areas our firm practices, we hope to educate the public so none of us are powerless against wrongs committed by the powerful.  The Justice Law family sincerely hopes that by providing these articles we are able to help you make informed decisions and feel more comfortable with any situation you or a loved one may be in.  Always fighting for our clients, we are happy to answer any and all questions you have, whether it is by email to justice@justiceinjurylawyer.com, by phone to (954)-515-5656, or by phone or text to (954)-874-5529